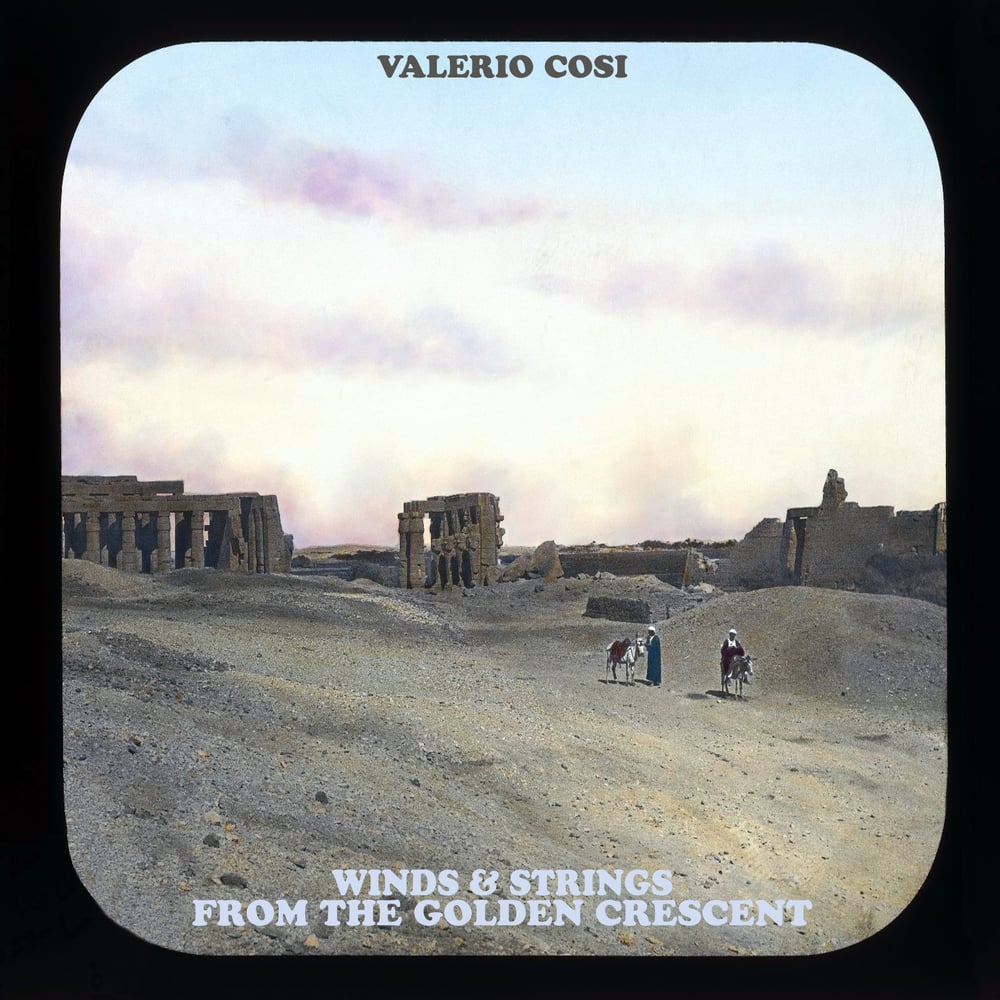 Originally released on tape in ultra-limited quantities (35 copies never really distributed in 2006 on a cassette called "Christmas Ragas"), the 26-minute long track "Winds & Strings From The Golden Crescent" is a journey into the sands of time and into the magic of the Middle-Eastern/Indian traditional music. Listening to this track is like having in your room Kadri Gopalnath's sax filtered through a boombox playing some slowed-down tapes of Ali Akbar Khan's early masterpieces, all covered into a thick fog of delays and lo-fi muddiness. Definitely recommended for fans of Canary Records, Nath Family and meditative/new age sounds with their gaze turned towards the East. Carefully remastered by Valerio Cosi himself from the original audio sources and digitally re-released on Dreamsheep.