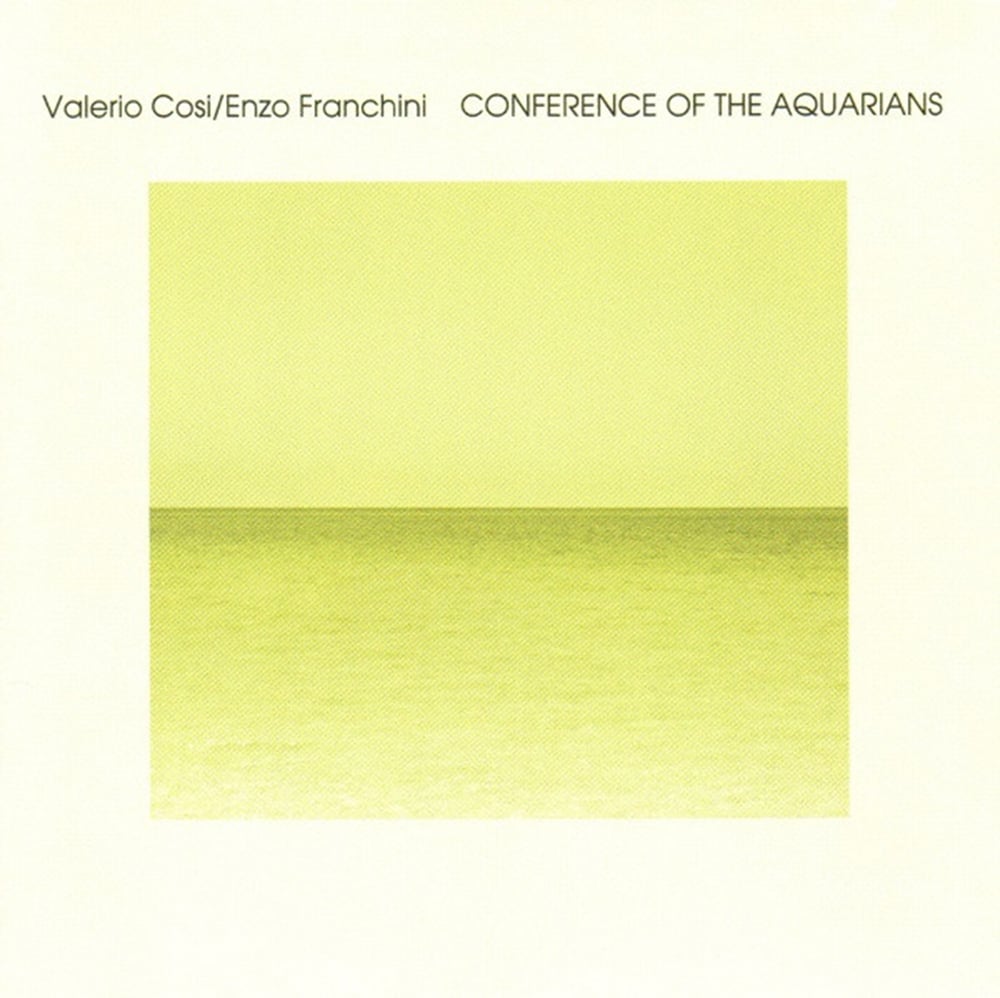 
First released in a limited edition of 100 CDr on the small Italian label Palustre Records (July 2006) and then in a remastered CD edition with new artwork and improved sound quality via Last Visible Dog (USA) in 2007, "Conference Of The Aquarians" is a mighty duet recorded by Valerio Cosi and Enzo Franchini. The first recorded sessions of this album were only made of sax & drums improvisations and happened in a little recording studio based in Lecce, with Valerio occasionally switching on a cheap electric guitar. The second recording process (mostly made of overdubs and mixing work) happened at Valerio's first home studio, with him adding all the other instruments and synth parts. "Conference" is a unique voyage through swinging melodies, sax & drums improvisations and some intense post-rock numbers loaded with electronics and digital noises. All fused with nice echoes of Ayler, late Coltrane, New Weird America and Miles Davis post-Bitches Brew. Praised by many, including Sandro Perri (Polmo Polpo) and John Cavanagh, "Conference" stands out to be a true and overlooked instrumental gem of the 00's and comes out in a fully remastered digital edition (made from the original masters).